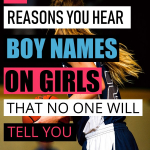 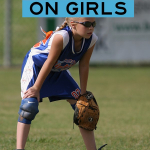 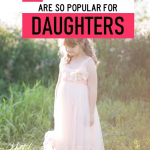 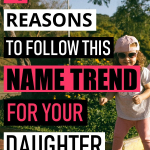 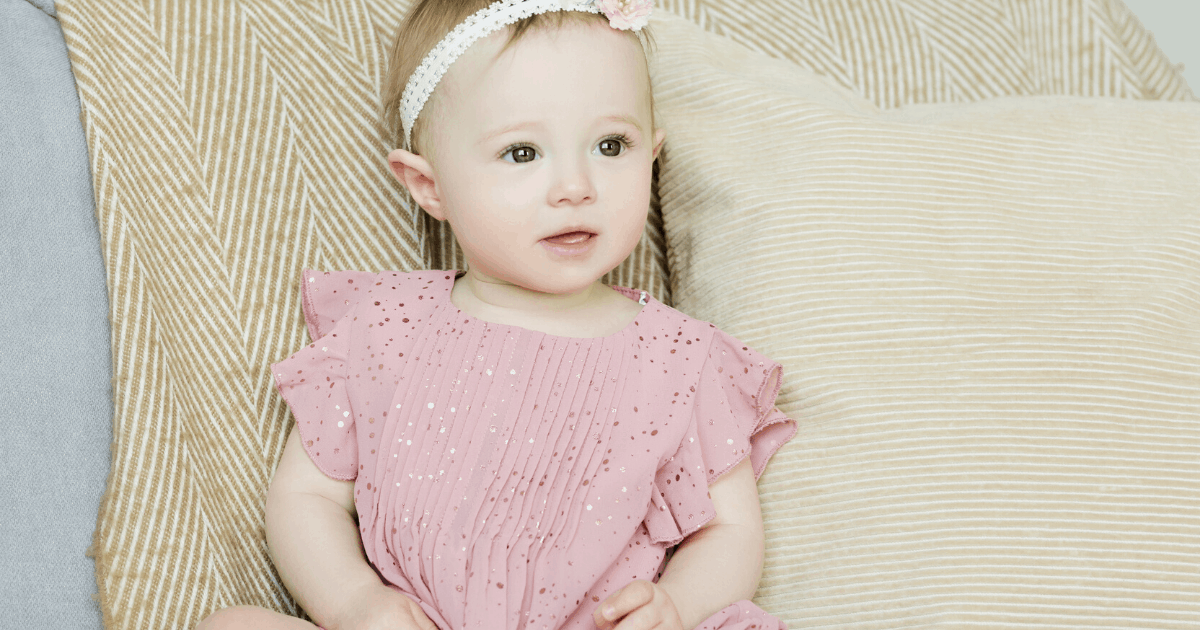 Choosing boy names for girls is nothing new. In fact, almost all girl names start as boy names. Some classic ones are Ashley and Lauren, which today are girl names but started as boy names.

Now, there are a lot of beautiful and popular girl names that I love and I myself have a very girly name. However, it doesn’t fit me at all. I also feel I can’t shorten it to something that does fit me, such as Alexandria into Alex or Andrea into Andi.

At first, I thought I would give my daughters a traditional girl name that had a boy nickname. However, the further I got into looking at names the more I realized I wanted a boy name for them, not just a boy nickname.

After months of deliberating, here is why it was the right decision for me to ultimately choose boy names for girls.

They will run into fewer girl typical stereotypes

As you meet people with certain names, you start to associate certain traits with a name. One of the many reasons it is so hard to name your child is that you already know so many people with names you might like.

In addition to specific name stereotypes, there are also stereotypes that go with gender. From the moment you have that 20 week ultrasound and share the news, the stereotypes start. Now, I have no problem with pink or being a “princess”. She can be the girliest girl for all I care.

But I do not like how people change what they say based on gender. For example, start listening to adults talk to toddler boys and girls. For a girl, it’s what a pretty name, you must be a princess, what a pretty dress, I like your shoes. I have never at any toddler event seen an adult comment on a boy’s outfit. “what a dashing (handsome) shirt you have on today” does not exist.

Now I know that people will still know my child is a girl but what I have found extremely interesting is that she gets a lot less pretty and princess. They almost instantly treat her like a tomboy. To me this is great, if she gets less attention for what she wears even as a toddler, and more attention on the activities she is doing, then she will know her self-worth isn’t based solely on her outfit choice.

I’m not just talking as a child either. It is so much easier for a girl to be Blake the engineer instead of Isabella the engineer. Simply because the stereotype for engineer is male. So, the way I see it is by giving her a boy name, she will have an easier time succeeding in a wider range of fields simply because of the automatic stereotypes that will be placed on her.

They will only meet boys with their name

I like this fact for two reasons. One is that it makes them unique in some ways. I knew a girl in high school whose name was Ryan. She was very smart and ran cross country. I absolutely loved her name and once she told you her name, you never forgot it. You just don’t meet a girl Ryan every day.

Just like adults, kids make their own associations with names. Other kids will associate your kid with the boys who have the same name. Your child will also do the same thing. Boys get to be athletic, messy, wild, and adventurous.

I know it doesn’t go the other way (as easily)

There is a whole group of people who hate gender neutral because it isn’t really gender neutral. Instead what they really hate is the trend of boy’s names being used on girls but not really the other way around. And I get it because it continually leaves fewer names to name boys.

I totally get you and understand where you are coming from. In some ways, it doesn’t work the other way around because it is a lot harder for a boy to have a girl name. The associations/stereotypes with girl are not as great as they are with boy.

We live in a society where it is much easier for a girl to play soccer, love mud and baseball caps than it is for a boy to be considered feminine and play dress up in dresses.

So, I get you but I am still going to give my girls boy names because I want what is best for my children and to give them every advantage I can. They won’t be turned down for a job based on a resume name. They will be seen differently and viewed differently because of their name. They will automatically be associated with a person’s associations of every boy they have met with that name.

All first impressions through paper will be male

This is a huge plus for why I picked boy names. Over the years your brain is trained through experiences, media, and culture to make stereotypes or have biases.

I really didn’t think this was a big deal until I found myself being biased. I had no idea just how ingrained it is in our society. Here are two examples that taught me boy names for girls make you so much better off.

My first example is that I was on a committee to help pick out potential candidates from a group of resumes. I really liked one and when they came in for the interview, I learned that I had assumed the candidate was male. Once I learned she was female, I automatically read the resume differently, alerting me to how impressions change based on gender. This was a good lesson for me and surprising because as a female in the same field, I didn’t think I could be biased in that way.

This will happen constantly

And for your child, this won’t just be one instance. In those big college classes, every homework, every email and every test, a person will see the name and grade (and judge) the work as female or male. Every accomplishment in “paper form”, where there isn’t a picture or the person doesn’t know your child, the work will be seen as male.

This is why music auditions are blind. Once they became blind and the jury could only hear the music but not see the candidate, the likelihood of a female musician being selected increased by 30%. So whether we like it or not, we live in a society where stereotypes, especially in talent and education, favor the male population.

Therefore, I am going to give my daughters as many advantages as I can to complete and follow their dreams. The first of which is by giving them boy names.

If I have inspired you to choose a boy name for your girl, or confirmed what you had already decided, then here are some of my favorite boy/gender-neutral names. 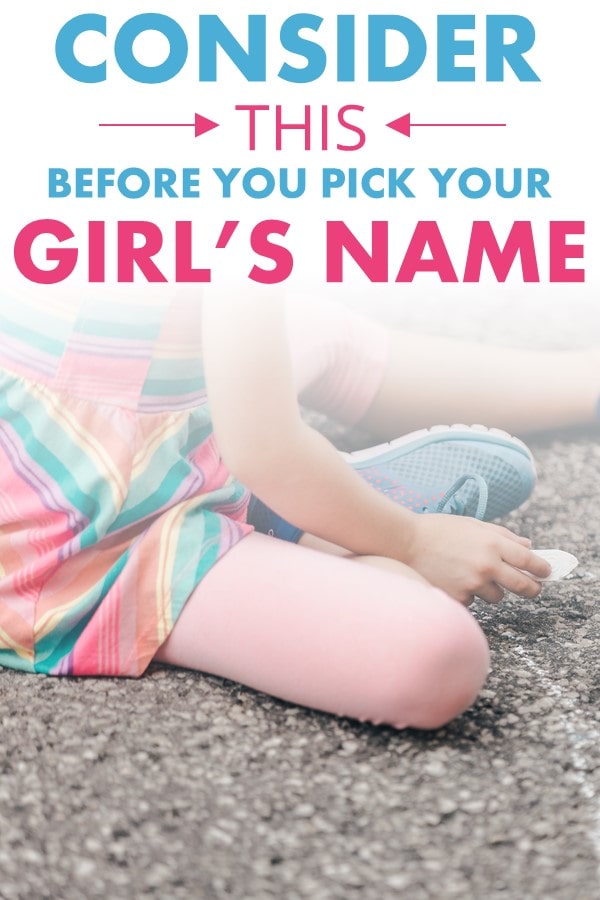 Why You Should Share Gender But Not the Name During Pregnancy

I am a wife, teacher, and mother to two awesome girls. I write about what I am passionate, which is sharing my experiences, failures, and successes on everything from family, marriage and motherhood to home improvement, DIY house projects and home making. I also always enjoy sharing with my readers tips I learn about selfcare, beauty and skin care for women. Let this space be a resource for you to pursue your very best day.

[…] Looking for more inspiration? Check out this list of gender-neutral baby names! […]

I thought I'd give some insight here from the other perspective - a guy with a unisex name that is more common on females.

Although admittedly there are more ways a girl with a masculine name can reap the benefits of gender ambiguity than the reverse, scenarios where being presumed female is advantageous are not unheard of (think female-dominated areas or overcoming affirmative action). In both cases here's the kicker (which I agree with you): Someone with a gender-ambiguous name can use a Mr. or Ms. to clarify gender, whereas you can't hide it if your name gives it away.

As for #2 - The point about being memorable and associated with people of the opposite gender can be pluses the other way as well - particularly in a generation where for example girls are stereotyped to be better-behaved and more educated than boys.

Why You Should Share Gender But Not the Name During Pregnancy

[…] Why You Should Consider Giving Your Baby Girl a Boy Name […]

This page may contain affiliate links. 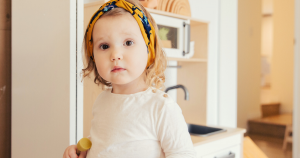 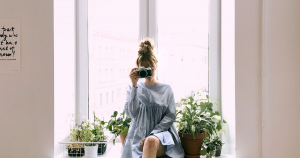 16 Beauty Secrets: How to Feel Good and Look Better 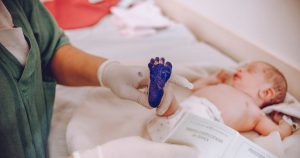 What to Pack in Your Hospital Bag: Essentials for Mom, Dad, and Baby 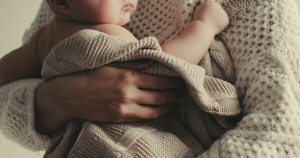 Why Mom Blogs Failed Me on Baby Sleep 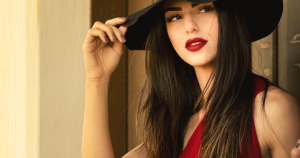 21 Anti-Aging Habits You Will Want to Start Today

Help spread the word. You're awesome for doing it!